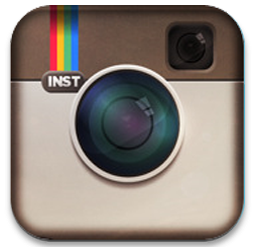 Hello mates, friends, sup­port­ers, fans, ath­letes, col­leagues and those of you who are inter­ested in what is hap­pen­ing in my sport.

Thank you for your sup­port and for your inter­est in this sport. For a long time I hes­i­tated to cre­ate my own web pages until I lis­tened to the wishes of many of you and now I have taken this step. I was think­ing also about the con­tent. I didn‘t want only a web page full of pho­tos and videos of the races and shots from gyms … Every­day many of you are send­ing queries about the size of my biceps, if I have a boyfriend, or offer­ing me spon­sor­ship. There are also those whose con­tact is not very nice … But all of you know that. The answers to most of your ques­tions, for exam­ple from Face­book, you will find over here, and I do not have to write an answer every day to the ques­tion about the size of my biceps … ha-​ha. Sorry, I apol­o­gize. Most of you are nice, friendly, inter­ested about me, about my sport, offer help and sup­port to me because you can imag­ine how much effort, hard work, self-​denial and self-​renunciation it all takes. Every top ath­lete could speak about it for long time, but not every top ath­lete has the same con­di­tions and the same story … What is mine? I’ll try to describe it briefly and also describe one of my work days.

I was born in 1984. In 2003, I grad­u­ated, and in 2011, I received a Bachelor’s degree. I was actively engaged in sports from an early age. In the first grade I was engaged in gym­nas­tics, then I turned to ball games, espe­cially vol­ley­ball. And from the age of eleven, I started play­ing com­pet­i­tive hand­ball. Well, when I found out that there is a gym, I started to like work­out there. …I went every day for hand­ball train­ing and to the gym. On week­ends I had one or two matches. I could not fully focus on the two activ­i­ties, so I decided to con­cen­trate on body­build­ing, and I hope that was a good deci­sion. My begin­nings in the gym were hard as they are for any ath­lete. I was look­ing for infor­ma­tion, try­ing dif­fer­ent exer­cises, train­ing tech­niques; I tried to com­bine school, work and sports, and diet, con­sid­er­ing nutri­tional sup­ple­ments, the first fail­ures, bruises, sweat, back pain, joint pain, etc. My first race … then the fail­ure of other races, when I could not con­trol the tim­ing and the form and when I was very inudated and unformed, etc.

My work with the Police of the Czech Repub­lic, the night shifts, dis­turbed my train­ing, caus­ing me to get up early and train before my daily ser­vice. Silly ques­tions about how a woman can have more mus­cle than many men? What did I take that caused my mus­cles to grew so? How big can biceps be? And how did I need to train to reach suc­cess? And when I say that it is due to care­ful prepa­ra­tion, hard work­out – some­times not only once a day, a strict diet … peo­ple do not believe me … No one sees that I train almost every day, 2x and 3x a day. I am eat­ing chicken cooked in a steamer with­out salt and spices. The so-​called. “Free day” when I can eat “any­thing,” comes only once in a while. (Note. It means once in 14 days, but also once every 3 months … which is really “extreme”). Any­thing does not mean “any­thing” (French fries, cakes, pan­cakes, fried cheese, alco­hol, to which I am already accus­tomed to over the years, even though the com­pe­ti­tion slap­ping my stom­ach with dif­fer­ent foods and I suf­fer with him ), but, for exam­ple sushi. Well … so I just won­der who of those who envy me would do that with me. Every­thing I have achieved so far would not be at all pos­si­ble with­out the peo­ple and coaches who helped me and to whom I must thank. Then there is the sup­port of my fam­ily, even though they have long refused to accept the fact that I stopped play­ing hand­ball and started fol­low­ing a “non-​sport” for a woman. Also, spe­cial thanksto my friends and work col­leagues. It would not be pos­si­ble with­out the kind sup­port of you — fans, friends and sup­port­ers, among you who fully under­stand how dif­fi­cult it is to ama­teur­ishly pre­pare for the com­pe­ti­tion,” in which I would like to suc­ceed one day … I really can not do it with­out support.

This website uses cookies for the purpose of providing services, personalisation of advertisements and attendance analysis. Using this web I agree with this. INFO

Cookies are short reports that are sent and stored on the hard drive of the user's computer through your browser when it connects to a web. Cookies can be used to collect and store user data while connected to provide you the requested services and sometimes tend not to keep. Cookies can be themselves or others.

So when you access our website, in compliance with Article 22 of Law 34/2002 of the Information Society Services, in the analytical cookies treatment, we have requested your consent to their use. All of this is to improve our services. We use Google Analytics to collect anonymous statistical information such as the number of visitors to our site. Cookies added by Google Analytics are governed by the privacy policies of Google Analytics. If you want you can disable cookies from Google Analytics.

However, please note that you can enable or disable cookies by following the instructions of your browser.